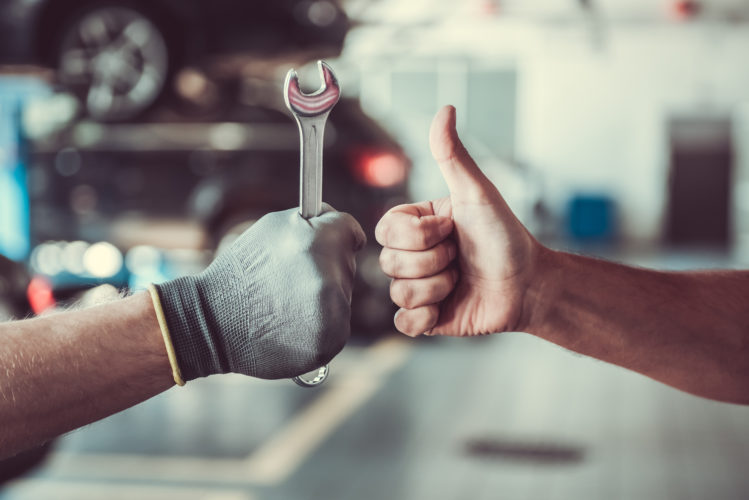 The costs of these storms is estimated in the hundreds of billions and could end up being the most expensive disaster in history. Buyer beware: Flood-damaged cars can show up for sale in different states. Here’s what to look for.

While much of the recovery expenses will go toward property damage, extensive flooding also left many Texans and Floridians with vehicle damage and loss.

As a result, drivers around the country—not just Texans and Floridians—will likely see an increase in insurance rates due to the cost of replacing cars lost in these storms.

Another thing to beware of is storm-damaged cars that have been cleaned and resold. Research from Carfax indicates that about half of the damaged cars will end up back on the market.

Residents who are looking to replace a damaged vehicle or just those consumers looking for a used car should do extra research to make sure the vehicle they choose was not damaged detrimentally in the flood and being passed off as refurbished. Buyers are encouraged to use top-rated dealers, check Carfax, and have an automotive professional look over a potential purchase.

The Federal Trade Commission also offers tips such as to look for mineral deposits or discoloration in the seats, moisture inside instrument panel or warped misshapen door panels. Additionally, beware of musty smells or signs of mold or mildew. Or a heavy aroma of cleaner or air freshener that might be an attempt to mask other odors. The technology of many new vehicles—like a smart phone dropped in a pool– would be rendered virtually useless after significant exposure to water.

And this won’t just be an issue in Texas and Florida. Flood-damaged cars can be sold in auctions and end up on lots hundreds of miles and even states away with no indication they’d lived through a hurricane.

The best way to be safe is to have an automotive professional provide a thorough inspection before you make a purchase.